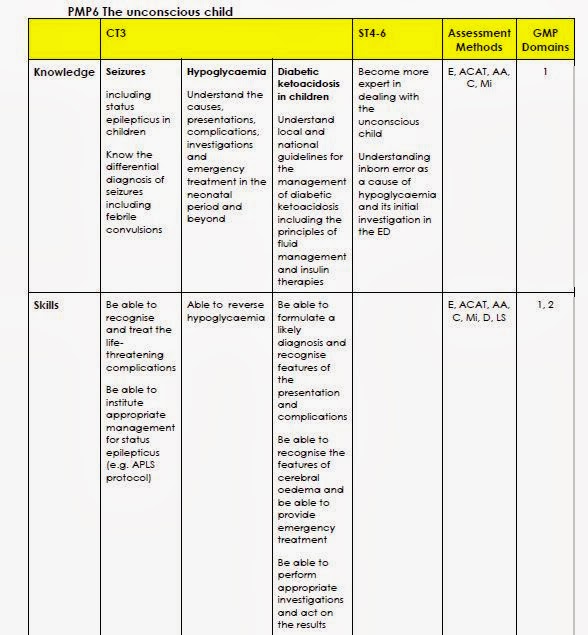 
A seizure is defined as "a clinical event in which there is a sudden disturbance of neurological function caused by an abnormal or excessive neuronal discharge. Seizures may be epileptic or non-epileptic".

Epilepsy
Incidence 0.05% and prevalence 0.5%
There are lots of different types of epilepsy, depending on which part of the brain is affected. Not all epilepsy is tonic-clonic.
- Frontal seizures - motor or premotor cortex. May lead to clonic movementsAsymmetrical tonic seizures can be seen, which may be bizarre and hyperkinetic.
- Temporal seizures- strange warming feelings. Lip-smacking, plucking at clothes, automatism.Consciousness can be impaired.
- Occipital seizures -distortion of vision
- Parietal lobe seizures - contralateral dysaesthesias or distorted body image

Take a full and careful history. You need to do a full and careful examination - to reassure the parents if nothing else. Most patients can be discharged with outpatient follow up and very careful advice:  cycling in traffic, swimming alone, deep baths, contraception + pregnancy and driving.

The definition of status is, as always controversial. The "traditional" definition is a seizure that lasts 30minutes or more or clusters of seizures lasting for more than 30minutes with no recovery in between.

In 2008, the Neurocritical Care Society introduced a new definition for Status Epilepticus because (to quote boringEM)…
"- By 5 minutes a seizure is like the Energizer Bunny: it keeps going and going… and is unlikely to stop.
- The brain is frying: 30 minutes (the old definition) was too long because neuronal injury/pharmacoresistance likely occurs WAYYYY before 30 min of continuous seizing."

"Status Epilepticus: Continuous seizure activity for greater than 5 minutes or the occurrence of sequential seizures over a similar period without recovery of consciousness between seizures"

Treatment
The NICE Guidelines have a very sensible summary of treatment that is very clear, although it doesn't mention PO/Buccal midazolam. The College of Emergency Medicine has some excellent local charts, including one from Manchester, that has lots of good information on it that is well presented.


Benzodiazepines are always the first, and second choice. We can give benzos by so many routes that we don't need to get stressed about gaining IV access. If we don't manage to gain IV access, paraldehyde is still in the paediatric guidelines. Unlike the adult guidelines, the paediatric guidelines are still very clear that we don't give phenytoin if the patient is already on phenytoin - maybe because we assume children are more likely to be compliant? 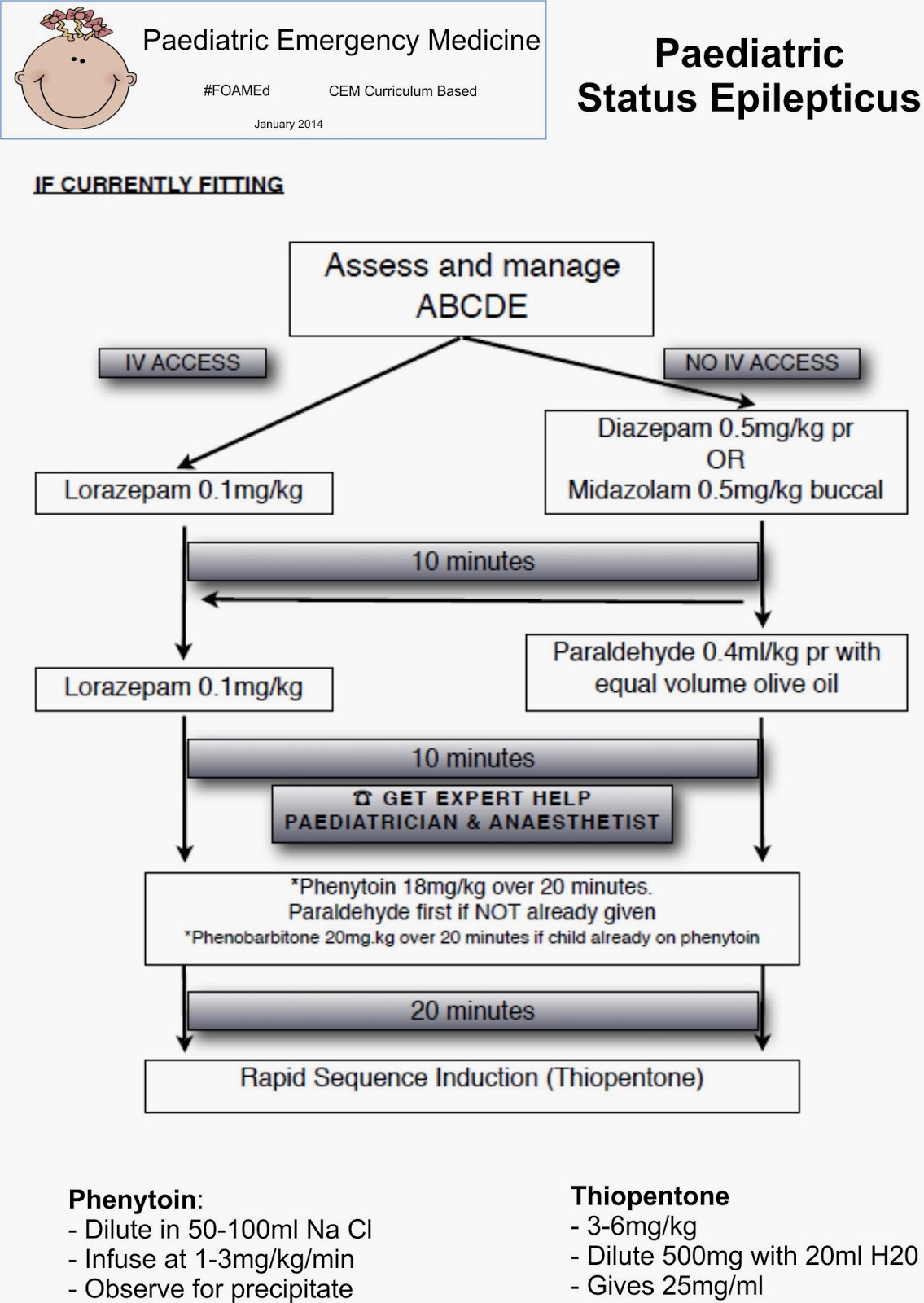 Posted by Cheerful Elephant at 10:06